Time To Move On - Beyond The Culture Of Innovation

Posted by Anthony Mills, Change and Innovation Consultant on November 24, 2015 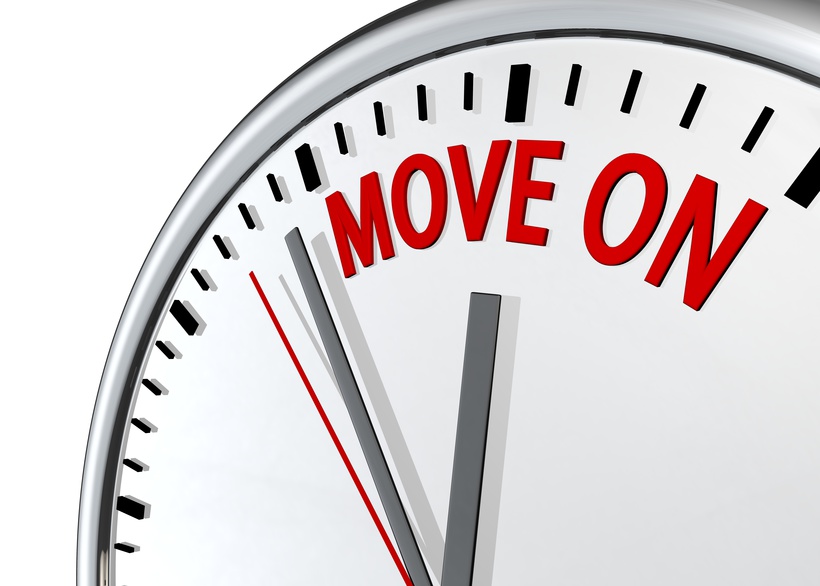 Culture. Many pages have been written, many words penned, about this very elusive piece of the business enterprise. Culture is to a business what the persona and soul are to an individual. It defines who it is, how it thinks, what it does, and what are and are not the right ways for it to move into the future. When strategies sputter and fail, it is often the culture that either carries the business forward or allows it to die. It is the culture that ends up with the power of life and death in its hands. Peter Drucker summed it up well when he said “culture eats strategy for breakfast.”

And so if there is one thing that management thinkers agree on, it is this… the impact that a business’ culture has on its long-term survival is immense. In the end, it will ultimately make or break the business. For this reason, a great culture is something to be appreciated and highly prized.

But then the very next question has to be one of exactly what constitutes a “great culture”. What kind of culture does your organization need in order to thrive over the long run? What makes the difference between a great culture, a ho-hum culture, and a toxic culture? And how should culture evolve as the world changes? Indeed, it is very telling to examine what has been written about business culture …about what it should be, and what it should not be …about how it should make you feel – or not feel …about what it should inspire you to do – and persuade you to not do. These are all very real questions that business leaders have to wrestle with each and every day.

It has become vogue over the past ten years – in an attempt to answer this question – to assert that companies need “a culture of innovation”… that having a culture of innovation is what will ensure their survival and success. The thinking goes that constantly changing what we offer and how we offer it will, in and of itself, somehow magically guarantee our survival.

I’m here to tell you that this is not the case, not because it is inherently wrong (it isn’t), but because it simply is not the full story. Unfortunately, by believing this story, we have sold ourselves short. A “culture of innovation” is the sort of misnomer that sounds great in a company speech, but in the end doesn’t deliver the goods, at least not on its own.

So what happened? Why didn’t these companies’ innovative cultures carry the day?

To answer that question, we have to first set the record straight on something. It is that – contrary to what many people believe – innovation is not an end in itself, and innovation per se, while great, is not the ultimate goal. Thinking otherwise is a very tactical and (with all due respect) organizationally immature point of view. To understand this, one must appreciate the real point and purpose behind business innovation. That point is to constantly reconnect businesses and their markets at entirely new levels – creating a bridge through which new value flows again and again, as expressed in the offerings provided, the way they are provided, the messaging that goes with them, the consumer experience they generate, and the brand community they build. So while a culture of innovation is a great starting place (certainly much better than a non-innovative culture), it is not the place at which we can afford to end. We have to move our culture further on beyond this. That is the mistake those companies made. They stopped at simply being innovative, and went no further.

The key concept to move our thinking in this direction is the concept of “constantly reconnecting” businesses and markets. You see, it is inadequate to innovate once – or even for a season – and think that is going to be enough. And it is certainly inadequate to pursue innovation for the sake of innovation. No… there has to be a grander purpose and an end game in mind beyond the innovation itself. There has to be a bigger reason for being innovative.

There is. It’s called relevance.

What we need therefore is not a “culture of innovation”, but rather a culture of relevance.

In a culture of relevance, the business eagerly embraces the constant change happening all around it, together with the chaos that brings, and is humble enough to realize that it must constantly renew itself – even reinvent itself when needed – so that at any given time it is relevant to the world. By doing this, the business justifies its continued existence and the market will reward it accordingly. Innovation, therefore, is simply a means to that end.

Going back again to the previous examples, while those companies continued to innovate – and, indeed, maintain quite innovative cultures – in each case they continued to innovate around a dying set of external realities. Gradually over time, those external realities changed, and the world around them moved on to a new set of realities, while they failed to do so. They remained fixated on the former set of realities and continued – with great cultures! – to innovate around those and their prevailing business models. They failed to see, understand, and most importantly, embrace this change that was happening in their external reality, and so, gradually, they became increasingly irrelevant, not unlike the frog in the pot of water that becomes gradually warmer and warmer, unnoticed by the frog, until it has been boiled. It is understandable, invariably, that when a company builds its entire infrastructure, ecosystem, and way of operating around a particular reality, there comes to be such great momentum inside of that that it is often nearly impossible to change course… there is simply too much know-how and capital invested in that model. Any change is overly painful – even lethal – or they simply cannot see what to change to in time. In either case, their innovative cultures fail to carry the day, because, quite simply, they aren’t enough. Only a culture that is committed to truly enduring relevance will be able to carry the day.

In fact my own experience has been that many companies who claim to have a “culture of innovation”, in reality do not. Much of the time their claims amount to grandstanding, and their attempts to seem innovative simply come across as plastic and fake. Contrast this with companies who have committed themselves to ongoing relevance and what one sees is a very different animal indeed. Those companies are constantly experimenting with new forms of value. They aren’t afraid to reinvent themselves. These are companies like Alphabet, Amazon, Apple, Virgin, Tesla, and many others in their class. Ultimately, their cultures reflect who they are.

You see, a company’s culture does not exist in isolation from who the company fundamentally is. If the company is not fundamentally committed to the challenge of ongoing relevance, then its culture will never reflect anything to the contrary. If it is willing to sit idly by and ignore the fact that the world around it is in constant flux, and that it too has to be constantly changing, then it cannot expect to have a culture that is going to carry the day, no matter how “innovative” it may feel otherwise.  One must fundamentally change who the business is. This is often what separates the winners from the losers. The losers want to stay with that they know, incrementing it ad nauseum. The winners, however, know better. While they’ll take everything they can get from today’s sources of value, they know that each successive generation of value has a limited lifespan, and only by relentlessly searching for the next source of value – the one that will be relevant to the markets of tomorrow – will they continue to prosper and thrive.

I will leave us with one last thought. It is the answer to the question “what must we do to create a culture of relevance?” There are two things one must do in order for this to happen. The first is they must accept and wholeheartedly embrace the fact that the world around them – the one to whom they are trying to connect and offer value – is in a constant state of change. The second is they must commit themselves to constantly reinventing and renewing the business so that it can consistently deliver relevant value to the market, thereby justifying its continued existence (and this is where great innovation comes in). Just these two things. That’s all. But let us be honest with one another… they are a whole lot harder than they may seem on the surface. They require an incredibly humble mindset that most companies have been unaccustomed to. Companies traditionally expected that, on the basis of their past success, there was some sort of entitlement to the future. That is a very misleading (and somewhat arrogant) worldview – one which usually ends in business failure somewhere down the road. So buckle up for the ride, humble yourself, and start reinventing your business. If you do it right, you just might still be here a hundred years from now, relevant as ever.

Anthony Mills is the Founder & CEO of Legacy Innovation Group, an award-winning growth and innovation consulting firm. Anthony and his team work with companies to tackle big wicked growth challenges, building new businesses, brands, products, and services – and reinventing existing ones. They help companies become relentless innovators so that they can remain relevant to the world around them. Learn more at www.legacyinnova.com.