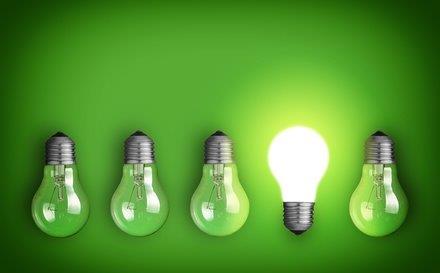 We live in times where one technical invention pushes the next one off the market faster than many of us can keep up with. Products come and go but what makes one succeed and the other disappear?

Innovation processes are often perceived as a hostile take-over of the existing system based on improved price, design, practicability or usability. In a fascinating study, authors Hargadon and Douglas illustrate by the example of Edison’s introduction of electricity how strongly strategy impacts product acceptance and overall market penetration. Analysis of hundreds of sources revealed that the success of an innovation strategy does not solely depend on product superiority or novelty. The differentiating factor rather seems to be the effective exploitation of crucial aspects of the existing system until the new system can finally replace the old. How so?

We rely on the recognition of schemas and scripts to interpret new situations. Schemas are broader knowledge-structures — default assumptions, beliefs, and relations within a system. Scripts are the smaller, more detailed and localized components that drive behavior. Having learned the hard way from a number of groundbreaking, but ultimately unsuccessful inventions, Edison built largely on familiar schemas and scripts from the extremely powerful gas industry while introducing electricity. A good number of Edison’s moves seemed counter-intuitive. For example, he kept the light coming from electricity as dim as the one from gas even though he knew how to make it brighter; he placed electrical mains underground just like gas pipes in spite of his understanding that putting them above ground would be more effective and cost-efficient. On the other hand, he used every opportunity to present electricity in all its novelty; efforts, which ultimately helped him to showcase the invention in a well-known public building in New York City as well as on 14th street. Aligning electricity with crucial known factors while marketing it as new, ultimately allowed customers make sense of the invention and slowly adapt to it.

The difficulty of designing a successful innovation strategy lies in foretelling which exact schema or script the target group is most likely to use to understand the new product. That is because numerous overlapping, contradicting and competing schemas and scripts force the consumer to make subconscious choices. To stay on the pulse of the consumer’s subconscious choices requires the capability to flexibly readjust the original strategy when needed while holding onto its overall notion and outline in the long run.

In sum, a robust innovation strategy:

An entirely new idea cannot penetrate the market if users do not have a reference system to understand it by. The opposite is equally true: What looks like an entirely new idea may not be quite that new, drawing on more underlying schemas and scripts than initially meet the eye. Staying open to flexibly readjusting the original strategy is therefore one of the hardest but most important parts of finding the right innovation strategy for the right product.