News From the Industry - May

Posted by LC GLOBAL - Business Innovation and Change Leadership Consulting Firm on May 31, 2015 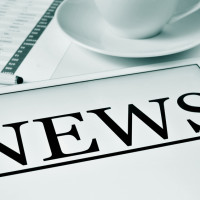 Companies shape our world much more than we are aware of. Here are some of the changes big and not so big companies, institutions and organizations introduced in May.

Business Model Innovation: Amazon.com Inc. - Amazon plans to add its own line of food. The company announced that it is preparing to expand its private label brands to include products such as milk, cereal and baby foods. This planned expansion mirrors a retail model which sells name-brand products side by side store-owned goods. Private labels have become a growing business for mass-market retailers. It is known to generate strong margins and build loyalty with consumers who no longer view generic products as lower quality. Amazon.com Inc. also extended its offer for free same-day shipping to include all purchases over $35 for its premium members.

Diversity Strategy: NYPD - The New York Police Department is proud to announce a drastically increased number of Asian Americans wearing the uniform. In this year's graduation class, the number ofAsian Americans comes close to matching the number of African Americans. NYPD announced that it will continue to follow their diversity strategy by focusing on more gender diversity at this point.

Organizational Change: Starbucks - Starbucks moves the sourcing for their Ethos Water out of California due to the on-going drought. Starbucks said it's moving quickly to find a new source for its water subsidiary due to the four-year drought in California. Also, this summer the company will complete the global rollout of its hot cup sleeves. The new cup sleeves are made from less paper and more post-consumer content than previous cup sleeves.

General Change - Ivy League Schools don't rank on list of economic outcome for graduates - In May, a Study from Brookings Metropolitan Policy Program, ranked two- and four- year colleges based on their economic outcome for graduates. Amongst the interesting findings is that none of the Ivy League schools make it amongst the first 10 of this list. Other findings include that Schools with high completion rates and good financial aid are linked to better economic outcomes. Also schools with many STEM majors such as computer science and engineering appear to have higher financial payback later on.

Product Innovation - Zero Energy Furniture (ZEF) - The Parisian designer duo Jean-Sébastien Lagrange and engineer Raphaël Ménard introduce the first zero energy table. The ordinary looking table contains a special phase-changing material that absorbs and releases heat to keep the room temperature around 71°F. According to the designers, the technology behind the table is not new, but the application to ordinary furniture may help to keep costs down and address energy and climate issues.

The short list of news from the industry reflects what we felt was interesting or note-worthy. We are happy to know that many more companies and organizations introduced changes to their organizations or surprised the world with ground-breaking innovations.