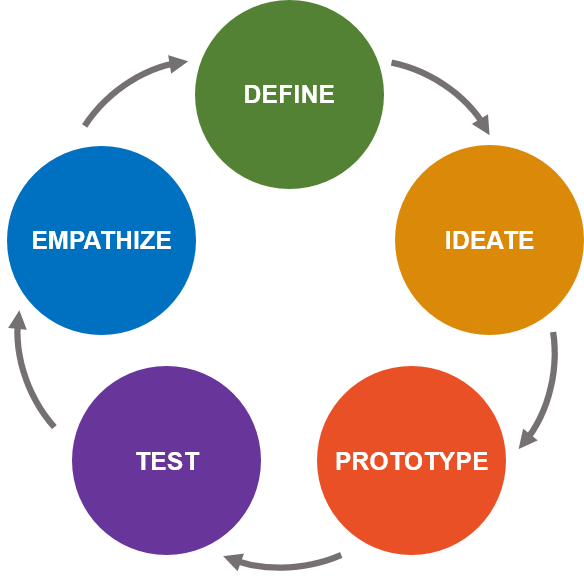 Design thinking has become a widely accepted and extraordinarily useful methodology for addressing a diverse set of problems and solutions. There's no doubt that its user-centered and iterative approach can radically improve the outcome of new product and service development.

But as powerful as design thinking is, it has limited tools to address the complexity of many real-world ecosystems in which innovation takes place.

Often, the success or failure of an innovation in reaching the market has little to do with the inherent uniqueness, value, or user-friendliness of the design. Instead, it may have everything to do with how the team and innovation is positioned within its organization or community, or how the project is steered through the maze of existing relationships with other teams and organizations.

One possible approach to the problem is to look at innovation as a complex system rather than a process. This allows us to perceive patterns, boundaries, and entities that might otherwise be ignored.

It's not a new approach, of course. Systems theory and systems thinking began in the 1940s and 1950s and were popularized through The Fifth Discipline by Peter Senge in 1990. Design thinking saw a later start but also became popular around the same time, with Peter Rowe's 1987 book Design Thinking, David Kelley's work at IDEO shortly after, and Richard Buchanan's 1992 article "Wicked Problems in Design Thinking".

Despite their contemporaneity, systems thinking and design thinking often seem to be in two different intellectual worlds, used and developed by two different communities for different purposes. But there's a huge potential value in combining the two approaches.

A system is a set of things—people, cells, molecules, or whatever—interconnected in such a way that they produce their own pattern of behavior over time... The system, to a large extent, causes its own behavior.

Complex systems are characterized by complicated hierarchies and relationships, compensating feedback, delays, and causal loops. There may even be a system of systems, each of which has a different structure and is evolving in different directions. And that describes perfectly the various and sundry environments in which innovation takes place.

For example, we have large organizations or enterprises trying to innovate internally, with many distinct silos, governance structures, business processes, and personal networks.

Through a system lens, we can more easily see the potential obstacles to innovation inherent in the 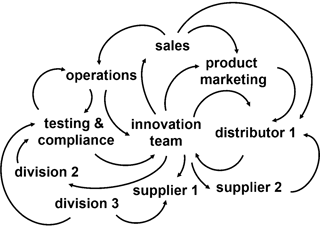 separateness of those structures, including variations in collective styles, goals, incentives, and mental models.

On the other hand, we have tiny startups, swimming in the primordial sea of entrepreneurship, trying to find allies, accumulate resources, navigate obstacles, and find customers, braving an unforgiving and ever-changing marketplace with multiple competitors. We could use systems thinking to help us map the territory and plot the necessary inputs and outputs against the progress of our idea.

A systems approach can also help us understand “anti-innovative” behaviors on the part of individuals that are sometimes difficult to empathize and deal with. Why would anyone not want innovation? Because they are embedded in the system in a position where change and innovation have negative consequences.

If you're already familiar with systems thinking, but new to design thinking, you might find it equally valuable to explore the methodology.

Systems thinking, in spending so much time analyzing what is and how it works, can sometimes get bogged down in the present tense. It's often used in fields where the goal is to better manage risky or threatening issues, such as conflict resolution, safety, reliability, and environmental sustainability.

By combining design thinking with systems thinking, we might create a hybrid discipline where conflicts are more often resolved through innovation, rather than negotiation; where safety and sustainability are radically rather than incrementally improved; where we manage difficult issues by designing completely new solutions that are win-win for all the players in the system.

It’s a marriage made for innovation.


John Reaves has practiced at the intersection of creativity and innovation for over 30 years, helping to develop new products and services, as well as designing new innovation models, programs, and curricula. He has worked with the lab teams at IBM, Bell Labs, Epson, NTT, Arm & Hammer, and Kraft. He has developed innovation and creativity programs for GE, Nationwide, Glaxo Smith Kline, and the National Science Foundation. He has supported product management teams at SAP, LexisNexis, Lucent, and Microsoft, as well as change management initiatives at GM, Exxon, and PepsiCo.